The Truth Behind the ‘Disproportionate’ Reactions to Israel’s actions in Gaza Operation Protective Edge, Tactics and Strategy

Obama’s unreported Flipflop on Egypt in support of Hamas

In respect to the current conflict in Gaza, the worldwide media has taken various stances on the issue.  In general, there has been a great trend to morally equate the actions of the warring parties thus leading to a general anti-Israel bias since the discrepancy left is only that of the respective mounting body counts. All things being equal, Israel has killed many more Gazans in this round of battle, than vice versa. Of course the facts are that all things, as is most often the case, are not equal.

For more background on the PR issue and the current conflict, you may wish to read these recent articles: Israel’s PR Errors, The driver behind the anti-Israel outcry, and the original piece on what led to the latest conflict  (and even earlier) in the Gaza Strip.

What the Media HAS Agreed On:

Assuredly, not all press coverage has been skewed against Israel, with some of the coverage approaching a reasonable level of objectivity and balance, while a small but significant amount, such as Fox News, can be considered staunchly pro-Israel. In fact, this coverage has been enough, together with Israel’s PR efforts, to give the government enough confidence (thus far) to continue the battle despite the otherwise overwhelming pressure to cease.

So in fairness it has been a mixed bag.  However, not everyone’s coverage is. The coverage on Egypt throughout the conflict has been unequivocally and universally positive.  And it is the Egyptian ceasefire, we are told, that is the “good” ceasefire, while it is the Qatari and Turkish backed ceasefire that Israel has been “allowed” to reject (as it is violently pro-Hamas).

It is Egypt that has been a moderating and strong force on Hamas, forcing it to the negotiation table. Though it has of course, had to acquiesce the Arab “street” by plenty of anti-Israel propaganda (“coverage” would be a stretch when referring to most Arab state media) and lip service to Hamas’ struggle, Egypt has taken pragmatic steps to allow the current situation (Israel’s assault on Hamas).

At some level, reports say, there has been military cooperation so that the IDF can advance along the border without confrontation with the Egyptian security forces. Muslim foreign fighters and other Hamas supporters that attempted to enter or re-enter the strip have been blocked at the Egyptian side of the Rafah crossing. Plenty of media reports circulating indicate or speculate on strong tacit approval of Israel’s battle against Hamas, and perhaps even cooperation. 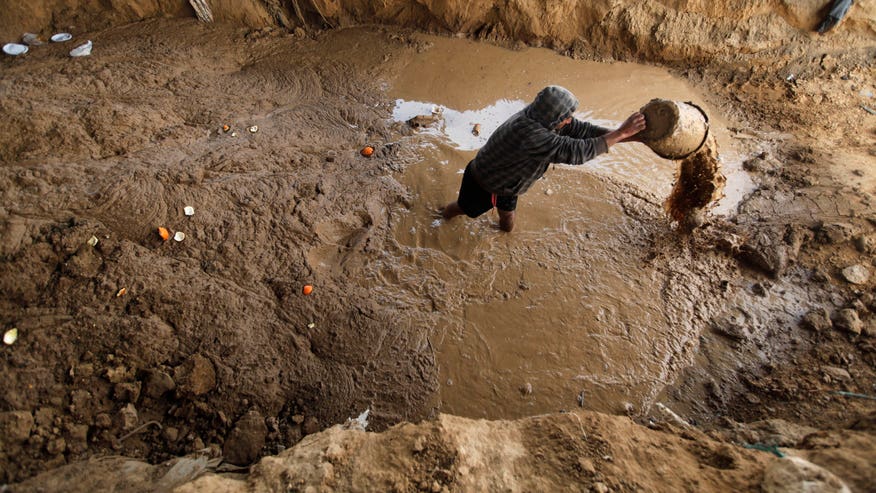 Egypt has even started up very public row with Turkey over its flagrant support of Hamas and ridiculous condemnations of Israel and anyone who does not ascribe to them. Finally, in what would clearly be the most public and direct show of support for the Israeli endeavor against the jihadists, reports tell of Egypt sealing some of the smuggling tunnels along the Egyptian-Gaza border with sewage to prevent weapons smuggling (a very “oriental” approach to the problem).  Though these remain unverified, if true they would point to a blatant act of support for the Jewish State while it actively battles an Arab foe; in the recognition that this foe is a terrorist organization that has precipitated this conflict upon itself, and Israel is exercising legitimate rights of self defense. A truly  revolutionary development.

Ironically what is definitely not revolutionary, is the Egyptian regime.  The world media that has continuously praise Egypt across the board during this conflict is the same media that overwhelmingly supported the Islamic revolution that attempted to topple it (and succeeded for quite a while).  It is the Obama administration that sent the virulently anti-Israel John Kerry to Cairo to push the Egyptian ceasefire plan on both parties. A plan that leaves Egypt’s prestige and influence greatly enhanced, Hamas battered but not out, and Israel broken at the hands of a small terrorist regime, forced to negotiate with it, enter into treaties with it, and leave it in charge of Gaza at her doorstep.

This same Obama administration could not wait until this (Egyptian) regime was toppled by the Islamic revolutions they supported across the Muslim world.  It is the same administration whose celebrated secretary of state Hillary Clinton was seen embracing and praising long time US ally Hosni Mubarak only months before throwing him and his secular military regime under the bus at the first sights of Islamic demonstrations against him.

The same mainstream media, the same U.S. Administration, along with most European powers, helped push elections on Egypt that were known to most likely result in an Islamist government.  When they did so and left the Muslim brotherhood’s Mohammed Morsi at the head of the Egyptian state, they subsequently supported as the “power of Democracy” every overreach of power Morsi and the Brotherhood took; endangering the stabilizing force of the Egyptian army, and the large and relatively moderate Egyptian middle class. We can all still remember the almost overnight transformation of the Sinai, a once demilitarized and mostly peaceful buffer zone between Egypt and Israel (where not only Europeans but even Israelis regularly vacationed) since the Camp David accords, to an Islamist lawless center of violence, smuggling, human trafficking, narcotraffic and terrorism.

It is during Morsi’s tenure, that Islamic Jihad and Hamas, virtually indistinguishable to Egypt’s Islamic Jihad and the Muslim brotherhood, strengthened its military grip on Gaza thorough an unhampered flow of money (mostly from Qatar), equipment and weapons through the Egyptian-Gaza border.

Some of these episodes and power struggles, and the West’s naivete or weakness were covered in a few of our articles some being: Early Article, On Morsi and Obama, On the Brotherhood takeover, and possible army backlash, and the new volatile nature of Egypt-Israel relations.

When the military finally struck back, as I had speculated it would, with the backing of the Egyptian Judiciary and courts as well as a large section of popular support, the Obama administration together with the mainstream media, predictably condemned these “undemocratic” actions, and did nearly everything in their power to restore the Muslim Brotherhood to the seat of government.

Not successful, they were forced to remain content with Jihadists ruling the Gaza strip, among other places, but at least for the time being, not Egypt. Imagine, if Obama has been successful instead of failing in his bid to prop up Morsi, the current conflict of Israel trying to defend itself against continuous shelling of Hamas on its urban population centers, with Hamas’ twin brother ruling Egypt. This has been completely overlooked, and only the Egyptian army’s valor in retaking the reins from the madmen has perhaps avoided for the time being at least, what would have been a regional war of unknowable consequences.

Perhaps abiding by some rule of continuum, where the West will back whichever side is “more” Muslim in any conflict, though the Egyptian regime was hated when it battled the Muslim Brotherhood, it is certainly to be praised when it tries to impose a ceasefire on Egypt (that in turn protects jihadist Hamas from destruction).

The Egyptian military has good reason to want to reign in Hamas (though not utterly destroy it). Whatever its differences with Israel, it believes it has reached an “honorable peace” after having fought well during the 1973 Yom Kippur War and (unfortunately) regained the Sinai Peninsula though Israeli appeasement (for the second time).

On the other hand, Jihadist groups like Hamas, Islamic Jihad, the (Turkish) Doghmush clan’s Army of Islam, and the Muslim Brotherhood are an imminent threat to the Egyptian state, a country divided roughly evenly between a relatively moderate middle and upper class who wishes progress, personal freedoms, economic growth and stability,  and the large mass of poorer, mostly younger, heavily unemployed legions who support the Islamists and whatever havoc they may bring. Even in this latest round of fighting, it has thus far lost almost an equal amount of soldiers as Israel, since a Hamas/Jihadist attack on a border checkpoint left 21 Egyptian soldiers dead only days ago. In any event, it is the army, and not these islamist protesters, that would have to actually fight the terrible war with Israel that the latter want to bring about.

The old generals, would rather keep the peace, their heads and their positions, than once again chance the desert battles against the likes of Sharon, Tal, Adan, Reshef and Natke whom they faced after having thrown 10 divisions against a surprised and demobilized Israel who not only held but ended across the Suez and on the highway to Cairo. It was only a shaken and week Israeli administration under Golda Meir and a far-sighted and powerful American Secretary of State Henry Kissinger that saved Egypt’s trapped third army from collapse; and thus the Egyptian army’s honor.

They have no desire to test it again, nor to have to fight the clerics’ battles. But with enough Western support, they may end up having no other choice.